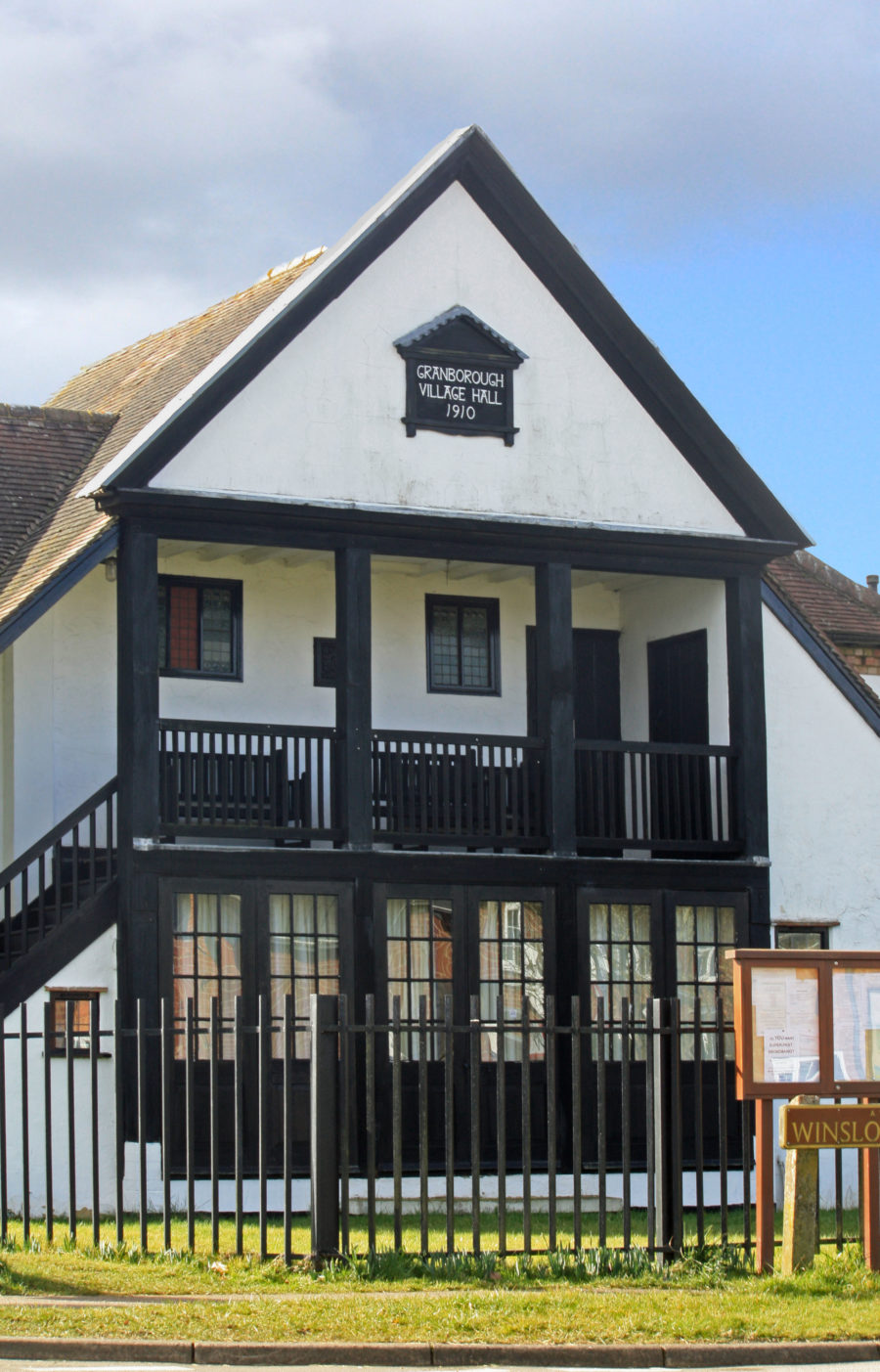 Granborough Village Hall was built in 1910 on land donated to the Village by Ralph Verney for the purpose of building a Parish Hall and Library. To quote from the original conveyance:

“The Trustees will hold the land and buildings hereby conveyed upon trust for the following purposes:-

The Committee should consist of the Vicar, Chairman and Vice Chairman of the Parish Council and any other Parishioners.

The Hall is an interesting building with a first floor that originally housed a library and a Committee room. During the Second World War Evacuees were housed in the Hall. Since then the library has disappeared and the Hall has been extended and improved so that the upstairs is not used very often. However, it is well maintained like the rest of the Hall. The hall is shortly to undergo a full restoration project.

You will be charged at full rate from the time you collect the key to the time you return the key.  Please remember to include enough set-up and clear down time in your booking.

For one-off bookings a deposit of 10% of the hiring fee will be due at the time of booking – this is non-refundable if the booking is cancelled at short notice.

The internal refurbishment of the village hall has now been completed and it is looking good! The new central heating is up and running in time for this cold weather. All we need now are some chairs! The external work is now our priority and we plan to begin work in the Spring. The restoration includes structural repairs to the oak beams and doors at the front of the hall, re-rendering the walls and chimney where necessary, inspecting and replacing the guttering, roof tiles and painting. The good news is that we have received confirmation of a large grant from the FCC Communities Foundation that enables us to complete the external work and buy new chairs.

The plan is to hold a grand reopening of the village hall in early summer.

The January 2020 “Pew News” contained a brief report on the progress of the Village Hall Restoration Project which the Trustees have been working on for some time now.  This note, as stated in the report, gives further information on what has happened and is now planned.

When the project started the Trustees wanted to secure a long-term improvement to the hall which included major repairs to the building, especially to the wooden front on to Winslow Road. It was also planned to provide central heating along with  extensive insulation works, to enlarge and improve the kitchen, to provide toilets which were fully compliant with requirements for disabled access, to provide a new access on the Church Lane side of the building and improvements to doors, lighting and grounds. Such a scheme also included a lot of “hidden” works, such a renewal of the foul water drainage and installation of proper soak-aways for rainwater drainage.

At the time this scheme would cost in excess of £200,000 and the Trustees employed a Chartered Surveyor to draw up detailed plans and specification and secure a suitable contractor, whilst also seeking the necessary planning permission.

Along side this the Trustees had informal discussion with the major grant providers and were relatively confident that applications for a major part of the costs would be viewed successfully. Unfortunately, by the time a suitable quotation had been secured the grant criteria had changed, and some grants had ceased to be available.  For example, a grant scheme provided by AVDC’s “New Homes Bonus” for just such application had ceased since AVDC will disappear on 1st April 2020 as part of the new Buckinghamshire Council.

We have to date raised well in excess of £40,000 from fund raising and donations some of which has been used to pay for the professional advice we have received. We now have over £35,000 to put to towards the works, but still require as much as possible through fundraising and donations.

Unfortunately, in the last 6-9 months it has become very clear that the level of grant aid which we had hoped for would not be forthcoming, therefore we have had to reconsider the scheme in its entirety.  The Trustees now propose that the works will be limited to

*  Major repairs including the front woodwork and doors
*  External repair and redecoration
*  Oil fired central heating and associated insulation works.
*  Hot water to wash-hand basins in toilets (but no alterations)
*  Refitting of Kitchen (but no enlargement)
*  General overhaul to electrics, windows etc

By doing this we are proposing to reduce the overall costs to around £100,000, whilst this will not deliver the full scheme we had hoped for, we are confident that this will still provide a greatly improved hall which will last for many years.

We are currently seeking prices from several local builders with the intention of making some new applications for grants in January. We have already secured two minor grants from AVDC for some urgent works, one of which was to replace the defective external door to the kitchen, which has been done, and the second is to replace the defective double glazing (as part of the insulation works) which will be started soon.

We hope to able to report further on progress during the spring of 2020.

David Smedley
Chairman of the Trustees and Village Hall Committee.